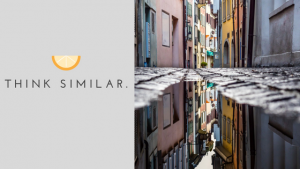 “I want to write something great,” I (Dane) told him. I was stuck in the middle of writing a play.  My friend sat patiently, but he knew my problem. “I think you should just focus on telling the story,” he said.

He was right. My desire to tell a great story was hindering me from writing a story worth telling. Amusing how that works. “No man,” writes C.S. Lewis in Mere Christianity, “who bothers about originality will ever be original…” (226). What I really wanted by writing a great story was to be distinguished from others; no artist wants to fade into the canvas of multitudes of creative people.

But what is so wrong with similarity? If we see something we like, what’s wrong with imitating it? In today’s culture the answer is that being different is better. “Think different,” says Apple, and just about every other marketing campaign.

Despite the grammatical error, it’s not a terrible statement. 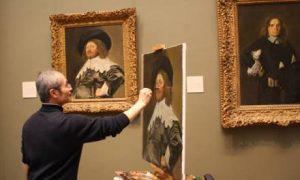 Imitation is a concept with a rich history in classical and Christian thought that we’re not willing to give up on so quickly. Artists for hundreds of years offered a reflection of the world around them; they sat before a master and his work to study and copy him.

Before a student embarked on expressing himself, he ensured his work met the standard of his master. Not only did the student develop his craft, but he gained humility in the process. After the student became a master, he would produce work that was distinctive, work that offered an interpretation of the world, but he always kept his eye on what his master modeled and taught him. 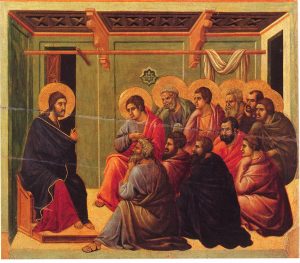 There is a connection to our Christian faith here. Paul touches on this a couple times in his letters. “[B]e imitators of God,” he writes to the Ephesians (5:1). And in his letter to the Philippians he writes, “Brothers, join in imitating me, and keep your eyes on those who walk according to the example you have in us…” (3:17).

Though Paul’s not saying we should all speak and act as everyone else (we all have different personalities and gifts), he’s saying we should pattern our lives after mature followers of Christ. This is one way we become more like Christ, and distinct from the world. So, our Christian journey is not really a call to be original, at least in the way our culture speaks of today.

And the application to our creative work is simple: bother less with trying to stand out from the rest and keep your eyes on doing your finest work, drawing from those who know their craft well.

At LifeHouse Theater, this is one reason why we’ve adapted so many pieces of literature: adapting from a Christian perspective is a form of imitation, and a way to continue presenting the robust and timeless works of the masters to you.

Ironically, in our culture, our similarity can make us different.