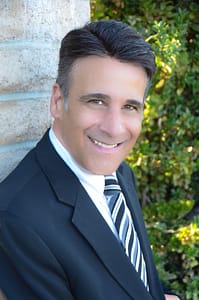 Wayne R. Scott is the president and founder of LifeHouse Productions, Inc. and LifeHouse Theater of Redlands, CA.  He is a writer, composer, producer and director who has authored 30 original musicals and numerous other widely produced works.  He has also produced and directed ten musicals at the internationally known Redlands Bowl, including “Annie,” “The Sound of Music,” Disney’s “Beauty and the Beast,” “The Wizard of Oz,”  Disney’s “Mary Poppins” and Rodgers and Hammerstein’s “Cinderella” for the Redlands Bowl Performing Arts.

A UC Riverside political science and religious studies double major, Scott holds a master’s degree in theological studies.  His master’s thesis, a musical version of the novel “Ben-Hur,” has been widely produced to audiences of many thousands and earned him his seminary President’s Award for Creative Biblical Thinking.

Scott has also served the California State Legislature as a field representative and office manager for Assemblyman William R. Leonard; as a social studies teacher, Vice Principal and drama department founder for Arrowhead Christian Academy (where he wrote the school’s alma mater); and as an associate pastor with Trinity Church of Redlands.

In addition to his original musicals, Scott is the author and designer of the popular “Bethlehem Marketplace” walk-through adventure, an annual Christmas interactive production seen by thousands of guests at select locations around the United States.  He also wrote a thirteen episode nationally distributed video series for children, “The Kids of Rainbow Cove.”

Scott has written, produced and narrated numerous commercial video productions for a variety of companies and non-profit organizations, including Hospital Chaplains of America, Mission Aviation Fellowship, and Ronald McDonald House.  He served as Media Coordinator for Loma Linda University Health, and has been a frequent guest columnist writing on arts topics for the Redlands Community News since 2019.

Among Scott’s critically acclaimed productions are original versions of “The Hunchback of Notre Dame,” “Treasure Island,” “Oliver,” “ Beauty and the Beast,” “The Wizard of Oz,” “ It’s A Wonderful Life,” “Scrooge,” “Anne of Green Gables,” “ Little Women, “ “Esther,” “ Joseph,” “Zorro,” “Cinderella,” and “ Aladdin.”  He has also co-authored original musical versions of “Pocahontas,” “Moses,” “The Wright Brothers at Kitty Hawk,” “Florence Nightingale,” “Anne of Avonlea,” “The Secret Garden,” “Tom Sawyer,” “Sleeping Beauty,” and others.  He has dramatized many of Sir Arthur Conan Doyle’s Sherlock Holmes stories and the works of Anton Chekov. 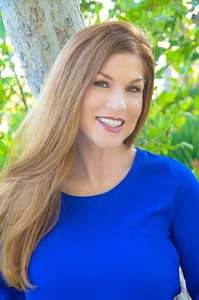 Tammy K. Bradshaw-Scott, Ph.D. serves as Vice President of LifeHouse Theater, where she coordinates special events and assists with fundraising efforts as a member of the Board.  She holds two master’s degrees in psychology and a Ph.D. in clinical psychology.  Dr. Tammy has taught for many years in the college of behavioral sciences at a prominent university and is a licensed marriage and family therapist and clinical psychologist with a private practice.

The published author of “Saving Grace: A Journey of Hope and Healing,” Dr. Tammy is founder of “Sisters Supporting Sisters,” an organization offering spiritual inspiration to women through a series of conferences, classes and publications.  She is also the creator, executive producer and host of the television program “A New Day with Dr. Tammy,”currently airing on the Smart Lifestyle television channel. 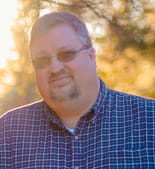 Jeff officially joined the staff in 2006 but has been associated with LifeHouse Theater as a performer, director and volunteer since its inception in 1992.

Jeff graduated Azusa Pacific University with a B.A. in Communication with an emphasis in Journalism.  He has applied those skills as a freelance writer/reviewer for the San Bernardino Sun newspaper and as publicist for both Junior University and LifeHouse Theater.  Before coming to LifeHouse, Jeff worked at National Oak Distributors, working in sales, marketing and IT departments.

Jeff has performed in over 40 productions with LifeHouse Theater, with some of his most memorable roles being the Cowardly Lion in “The Wizard of Oz,” Fenris Ulf in “The Lion, The Witch & The Wardrobe” and Drusus in “Ben-Hur.”  He has also performed with such organizations as Junior University, Redlands Bowl Association and Heartland Players.   Jeff has also directed over 45 different productions including “Treasure Island,” “Pilgrim’s Progress,” “The Foreigner,” and “Little House on the Prairie.”  He has been nominated for numerous Inland Theatre League awards for performing and directing and received an award for his direction of “Aladdin.”

Jeff wrote the original musical “Alice in Wonderland” which he also directed in its premiere run at LifeHouse Theater.

Michael Milligan has been a performer, choreographer, and teacher in the Inland Empire and surrounding areas for over 15 years. He did his first show and began his training here at LifeHouse in 2003, and is so honored to now be the Artistic Director!

Michael has trained at various studios and schools including Broadway Expressions School of the Performing Arts, RCC, and the Inland Pacific Ballet, and now holds a CTE Teaching Credential in dance, a BSBA from TESU, and an MBA from WGU. His musical theater directing/choreography credits include Cinderella, Seven Brides for Seven Brothers, Seussical, Phantom, Joseph and the Amazing…, It’s A Wonderful Life, Pocahontas, My Fair Lady, and Anne of Green Gables.  He has taught for River Springs Charter Schools, Encore HS, DanceMoveLive, CAT, OBCT, RVPAA, and directed and/or choreographed at many locations including the LifeHouse Theater, Inland Pacific Ballet Academy, the Redlands Bowl, Lewis Family Playhouse, CAT, and OBCT.

Debbie first came to LifeHouse Theater as a patron during its first full theatrical season in 1995.  Her daughter, Brenda,  was cast in her first LifeHouse show, “The Wizard of Oz” in 1996 which caused the entire family to get involved.  Her son, Steven,  helped with lighting and her husband, Mike, ran the sound.  Debbie volunteered regularly as an usher, selling concessions and assisted with costuming until she was hired in March 1999 to work as a reservationist, eventually moving into the positions she now holds.

Debbie is thrilled that she is able to work for a ministry organization with such wonderful people.  Her creative contribution can be seen on the performers as she is the resident costumer.

Elizabeth is now a “retired Registered Nurse” after 45+ years in many leadership roles.  She received her MSN in Nursing Administration from Loma Linda University in 1981 and has enjoyed and experienced many different opportunities within that field to include several years in Administration/Teaching capacity at Sir Run Run Shaw Hospital in Hangzhou, China with her family.  Elizabeth has brought her leadership skills to LifeHouse Theater in the capacity of many volunteer roles.

As with many people who are, or become, involved with LifeHouse Theater, our thanks goes to our children!    Elizabeth started volunteering, while working full time, in concession sales, seating, some costuming, training to be a House Lead and assisting in anything that was needed at the theater in 1998 (at the New Jersey St location) because of her son, Michael’s, involvement as a cast member in “Snow White” and ultimately her husband and daughter’s active participation on stage in the later years.  For the past 20+ years, Elizabeth has been the volunteer House Manager and Volunteer Coordinator.  Recently, Elizabeth continuing her involvement as the volunteer House Manager, working mostly behind the scenes, has now turned over the responsibilities of the Volunteer Coordinator to an employee of LifeHouse as she is trying to enjoy “retirement” years.

Elizabeth is thankful for LifeHouse Theater’s mission statement and has seen many lives changed through their involvement here.

Jennifer Keeney’s involvement with LifeHouse Theater began in 2007 when she brought her daughters to see “Anne of Green Gables.” Soon she was volunteering with three of her four children, taking tickets, selling cookies, and doing a lot of smiling. At the urging of her oldest daughter, she auditioned for a part in the ensemble of “The Hiding Place” in 2009, which became the first in a long line of productions she and her children were involved in. In 2016, she had the honor of returning to “The Hiding Place”, this time playing Betsie ten Boom. Jennifer continued to volunteer when she wasn’t on stage, and joined the staff in 2017 as the President’s secretary. She loves working in such a friendly, Christian environment, and looks forward to doing whatever she can to have a successful production and satisfied patrons.

Jennifer has lived in the Redlands area since 1996, and loves the historic atmosphere of the town. She is the proud mother of four adult children, all of whom have been involved in theater in some way, and looks forward to the day her granddaughter is old enough to join her on stage. Jennifer continues to perform in one or two shows a season, and “loves every minute of it.”

Jacob Michel began acting in shows at LifeHouse Theater since he was 9 years old, with his first show being “Tom Sawyer.”  Ever since then he has enjoyed being in productions at LifeHouse, including LifeTales and Sunday Night Specials. Growing up at the theater has helped him learn the importance of teamwork. He now works building sets at LifeHouse to help bring the stories to life.

Josiah Evans started acting in shows at LifeHouse Theater near the start of 2018, with his first show being “The Snow Queen”. He continued performing but then decided to join the tech crew in 2019, running lights as a volunteer. Josiah continued to learn and grow in tech, learning how to program lights, EQ mics, teamwork, and how to share the same joy he gets from doing tech with his fellow crew members. He joined the LifeHouse staff in 2021 and continues to grow and learn more about the theater tech industry. Josiah is always looking forward to designing a new show and helping to bring the stories to life.

Janna joined our staff in 2016.  She is a native of Redlands and graduate of Redlands High School.  She attended College of the Sequoias in Visalia, California where she studied interior design.

She retired from Beaver Medical Group/Epic Management in 2012 after 35 years of service.  As much as she loves retirement, she decided that she still had a few good years of service left in her and has come to LifeHouse Theater working in our Box Office.  Janna has always loved live theater and counts it a privilege to work in such a friendly, Christian environment.

Janna is a member of the Immanuel Baptist Church in Highland and enjoys singing in her church choir.

Michelle joined our LifeHouse staff in June of 2021. After 13 years of retirement from law enforcement, Michelle found LifeHouse to be a welcome change and enjoys the friendly Christian atmosphere.  She has one amazing teenage daughter who volunteers regularly and participates in our Stage Right/Team Broadway classes which is what led Michelle to become part of our LifeHouse family.

Nancy joined the LifeHouse Theater staff in 2021 but she and her husband, Jon, have volunteered since 2019 selling concessions and helping with seating as their daughter was cast in Les Misérables.   She continues to be involved as her daughter was captivated with all things theater including the StageRight classes and being cast in additional shows. She enjoys working in a Christian friendly environment where the staff and casts support each other.

Tiffany joined the LifeHouse Theater staff at the beginning of 2021, but had been involved with the organization for many years before.  She has performed in numerous productions and has costumed many more.

Tiffany is a 2021 graduate of the University of Redlands.