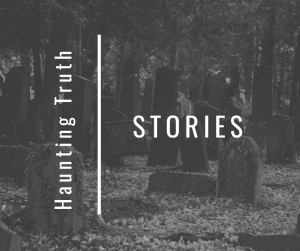 Ray Bradbury wrote a wonderful short story called “The Pedestrian,” which is set in the year 2053. (It’s only two pages long–take a moment and read it!). The story centers on a man named Mr. Leonard Mead. Toward the beginning of the story, the narrator offers an eerie description of him, “In ten years of walking by night or day, for thousands of miles, he had never met another person walking, not once in all that time.”

Never met another person!? What kind of a future world is this?

It is a dystopian one in which people are transfixed by their televisions and disconnected from real human beings. The homes were “[T]ombs, ill-lit by television light,” Bradbury writes, “where the people sat like the dead, the gray or multicolored lights touching their faces, but never really touching them.”

Our society hasn’t reached this point, but sometimes I wonder if we’re headed that direction, if we’re not careful. I’ve watched the draw television has on people of all ages.

So, I was both surprised and not surprised to read that Americans watch a lot of television.

According to the Bureau of Labor Statistics, on average Americans in 2017 watched almost three hours, 2.77 to be exact, of television a day. That’s 21 hours a week, 90 hours a month, and 1,083 hours a year, or 45 full 24-hour days. Of that, we could say a vast majority of television comes in the form of stories (movies, shows, even the news). This is one of the reasons we like the television: we love stories.

This statistic makes me think how I fit within this average. What about you?

Since no one is forcing us to spend this much time in front of the television, that’s quite the influence we are welcoming the medium to have upon us. And this becomes even more thought-provoking when you think about, as John Maxwell says, that “leadership is influence.”

For many households that means that the television, and the stories traveling through it, is a designated leader in the home. Is that what we really want? Maybe. Maybe not.

I don’t think I have to tell you that stories are powerful little things. They function very differently from facts. Cognitive Psychologist, Jerome Bruner, in a well-known study suggested that we’re 22 times more likely to remember a fact if it is presented within a story (Forbes).

The story element actually makes us far more receptive to the fact it presents, because stories draw us in through intrigue, joy, and delight. What a story doesn’t do when coupled with a fact is help us know if the fact indeed is a fact! In other words, the story can become a very effective way of reinforcing a falsehood that is masquerading as a fact.

This is the potentially sinister part of a story — it can be used for good or evil. This reminds me of renowned storyteller C.S. Lewis, author of The Chronicles of Narnia, who wrote that stories allow us to sneak a message past watchful dragons (On Stories). Isn’t that a wonderful word picture? Stories can lower our defenses just enough so a message can walk right into our hearts and minds undetected.

At LifeHouse, we know the power of storytelling. For 25 years I’ve watched stories make a dramatic difference in people’s lives, and for 25 years I’ve been praying that our stories would point people to the Author of Creativity.

LifeHouse’s theme verse is 1 John 1:1,  “That which was from the beginning, which we have heard, which we have seen with our eyes, which we looked upon and have touched with our hands, concerning the word of life…” (ESV). This passage underscores our mission in that we are joining the disciples in telling the “good news” about Jesus, the Author of Creativity, who walked and lived on this very planet. At LifeHouse we see it as a great honor to follow our Savior’s method of teaching through parables, or stories, which illustrate “the way, the truth, and the life.”

We’re Not the Only One

But, believe it or not, LifeHouse is not the only one telling stories from a stage! In Hollywood and on Broadway, writers and directors and composers are weaving stories that carry great influence.

In my next entry, I’ll look at how men such as Alfred Hitchcock and Stephen Sondheim bring a distinct perspective of the world to their films and musicals. They are not unbiased observers, because unbiased observers don’t exist.

In Conclusion, Now What?

Here are some practical steps until next time.