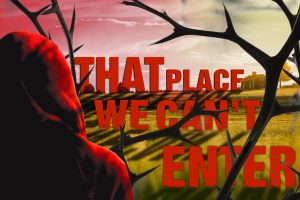 Wayne R. Scott’s note: When we go out to attend a movie, we are paying ten or fifteen bucks to give someone permission to enter our minds with a point of view behind the movie. As Francis Schaeffer has written, “all art has a message.” So the question becomes, “what message am I paying to have planted in my head when I watch a movie?” One of my aims in producing this blog is to encourage all of us to examine the arts and our culture through the prism of biblical thinking. This means asking, “what is the worldview of the person or persons who have produced a film, novel, song or other artistic endeavor? And how does that worldview square with Scripture?

My associate Dane Bundy has written a thought-provoking review of a well-known movie. As I read it, I thought he demonstrated well the process of how we might evaluate what we take into our minds–whether a movie, a song, a musical, or some other artistic work.

A couple years ago, my wife and I stayed in a remote cabin on a lake in Tennessee. We were moving back to California in a couple of weeks and thought it’d be fun to get away. And when I say remote, I mean we drove for almost an hour off of the highway deep into the woods. We loved the silence and — for a little while — the inability to see human beings or evidence that they exist.

One of the days we decided to watch the movie The Village. This is one of M. Night Shyamalan’s early films, and just as a warning, I do plan to give some spoilers away. Some slate it as a horror movie, but it’s much more like an Alfred Hitchcock film — unnerves you without blood and gore and sex and language and excessive violence. I handle scary movies just fine though…when it’s daytime, we’re in the city, and in the middle of a loud party with lots of people.

Wisdom at Its Finest

So, it made sense that Megan and I waited till dark to watch The Village in a cabin with lots of windows looking out into a vast wilderness exactly like the setting of The Village. The film takes place in an isolated community without technology and modern conveniences. Dense woods surround the village and no one is to enter the woods because frightening creatures dwell there, referred to as “Those We Don’t Speak of.” 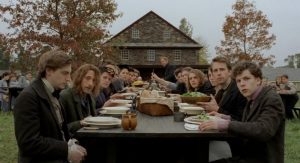 On the other side of the woods are the towns which are, as one character explains, “wicked places where wicked people live.” Their village is a refuge and fortress from fear and evil. The elders have established a sort of priesthood to protect the village from “Those We Don’t Speak of.”

And yet, evil finds its way into their village–one of the characters is mortally wounded. So one character must venture into the woods — alone.

The evening was moving along well, and Megan and I had been enjoying the movie now for about an hour when…the power goes out. With no light poles or street lights or loud neighbors, it’s unusually dark. The darkest of darkness accompanied by silence. I knew what needed to be done: venture outside and check the fuse box.

I sent my wife.

No, not really. But I did take her with me. I grabbed her hand and my flashlight and walked around the porch. No fuses out. We decided to head to bed. I didn’t know when the power would return, and even if I wanted to call someone I couldn’t. No cell service. As I pulled the covers over my head–uh, I mean…over my body–it did occur to me that if the power should return The Village may power back up right where it left off, channeling the mighty surround sound speakers to terrify me into a coma.

I was right. The power did return while we slept and the movie did continue playing, but it wasn’t as bad I had imagined, and I escaped the coma. As unnerving as that experience was, it has caused me to reflect on The Village many times over the years. While M. Night Shyamalan isn’t a Christian, he’s produced a film that reveals some important truths that Christians can affirm. That’s the beauty of common grace–God showers insights on the believer and unbeliever.

Two Truths from The Village

First, The Village is about man’s attempt to protect himself from evil. In the universe of The Village, the world is not as it should be, so the elders of the community isolate themselves from the wickedness they see in the towns. In their community, they train their children, remove distractions, seek to live innocent lives. They hope to keep evil at bay by going through elaborate rituals, dressing up in robes, throwing sacrificial meat on altars, hoping to appease “Those We Don’t Speak Of.” The children growing up in this village learn that to keep themselves safe they must have a “priesthood” who acts on their behalf and that their “innocence” very well may protect them from evil. 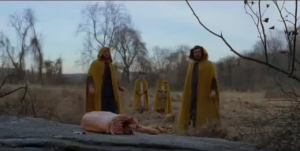 But, secondly, The Village reveals that man’s best attempts to keep evil out of his camp will always fail. In the film, evil still enters their village, despite their “innocence.” In one home it takes the life of a child and in another it mortally wounds a man. The woods which form a barrier between them and the towns cannot protect them from what they truly fear, and neither can the “priesthood.” The problem is: they can’t keep out the heart of man.

That Place We Cannot Enter

Many religions and philosophies could agree with these points: man is always seeking ways to protect himself from evil, and he continues to fail. But, as thinking, biblically-based Christians, we can make further applications from this movie to ourselves which may illuminate and illustrate the Christian worldview.

Just to clarify, The Village is not a Christian movie, and yet, as I see it, the movie helps us better understand the biblical Fall of man.

First, in man’s desperate attempt to keep himself from evil, he builds fortresses, surrounded and guarded by deep woods. This is man’s attempt to re-create or re-enter Eden. But man’s rebellion in the garden barred him from that place (see Genesis 3), and now it is “The Place We Cannot Enter.” And yet, we keep deluding ourselves into thinking that we can. If we only had a little more technology, education, health care, or religion, we could fix man’s tendency towards violence and hatred creating a New Eden. In some cases, “progress” becomes the religion that we hope will appease the unseen monsters inside of us and the people around us. We desperately hope to find a way to fix the human condition. What we don’t realize is that you can’t live in Eden outside of Eden.

In The Village the elders established a community that they thought could keep them unstained from the towns. But what stained the towns with malice, greed, and jealousy was not certain people, but the human person. Sin has affected man’s heart, mind, body, and will. Man’s rebellion in Eden ensures that all mankind will be born in the towns–“wicked places where wicked people live,” producing more towns.

What made Eden so desirable is not the beauty of the garden or the lack of suffering, but God himself. In Eden, man was in perfect fellowship with God. Man’s rebellion shattered his fellowship with God and He consequently turned Eden into “That Place We Cannot Enter.”

The Village helps us understand that our attempts to keep ourselves innocent–apart from God–are doomed. Only one priest can bring us back to Eden, ensure our innocence, and secure our eternal fellowship with God. It is Jesus, the eternal one who sits at the right hand of the throne of God.

At LifeHouse, we know that even in our fallen world, God has allowed us to see truth, goodness, and beauty in unexpected places…like the movies. But this will only lead us part of the way, we need Scripture to help us rightly interpret all that we experience. May you take all ideas and experiences “captive to obey Christ” (2 Corinthians 10:5).