From a Christian Perspective 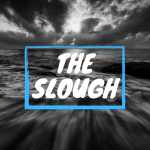 In this series, we look at the current LifeHouse Theater production through the lens of the Christian perspective.  I’d like to tell you a story that took place on October 19, 1856. It’s the story of a man, who just like Christian, was stuck in a slough of despond, or discouragement. This man was nicknamed the Prince of Preachers, and he loved Pilgrim’s … END_OF_DOCUMENT_TOKEN_TO_BE_REPLACED

Wayne R. Scott with Dane Bundy In this series, we look at the current LifeHouse Theater production through the lens of the Christian perspective.  This morning, a book tried to convince me not to read him. For so early in the day, I thought it a little rude. Breakfast to Remember It was during breakfast and my eye caught his cover. I walked over to him, … END_OF_DOCUMENT_TOKEN_TO_BE_REPLACED 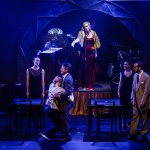 To unravel the mysteries of the Kingdom, Jesus often taught using stories. We call them parables. Our LifeHouse original musical “Prodigal Son” (written and directed by Jordan Beck with music from Zach Marsh) is a re-telling of Jesus’ most well-known parable of the same name. [Photo by Photography Reminisci ~ Bruce K Manson] Listen to this article Prodigal Son Read by … END_OF_DOCUMENT_TOKEN_TO_BE_REPLACED